One of the most powerful trends in today’s market is consumers’ desire for foods and ingredients that are naturally functional. It’s the key driver of most innovation in healthier food and beverages. BevNet reported in 2016 that while carbonated soft drinks are in the middle of a five-year decline, natural and functional beverages should expect to see a 40 percent dollar growth in the industry.

Kombucha, or the fermented tea drink, is the fastest growing category in the functional beverages industry. Long described as the ultimate health elixir, kombucha fits right into the current trend towards a conscious consumption of healthy foods. Though it’s been around for a long time and has been a hearty staple of the alternative-health market, kombucha recently made its way back into the spotlight as a social trendsetter, generating 30million in sales in 2007, 1 billion in 2018 and a prediction of 5.5 billion in 2025.

Though sales of probiotic and fermented foods and drinks are rising in Europa, the craze still trails behind the US, where many established kombucha brands such as GT’s, Brew Dr., Humm, Kevita, etc. distribute nationwide and are taking over traditional retail channels.  Some have speculated that this is due to European manufacturers and retailers being slower to respond to the consumer demand than other markets. Nonetheless the list of European kombucha producers is growing rapidly. Many of them are still in the start-up phase and just recently swapped their home brew kitchen for a professional micro brewery setting. But change is happening fast, according to a 2016 report, the Europe kombucha market was worth 180million in 2016 and estimated to be growing at a CAGR of 24.5%, to reach 1.3 billion by 2025.

It’s more likely a combination of factors, rather than one source of influence, responsible for the rise in kombucha’s popularity but the many claims regarding its therapeutic potential against a host of maladies certainly helped spread the hype. Kombucha tea is a traditional non-alcoholic fermented beverage originating in the Orient and its inception is shrouded in mystery. There are plenty of colorful stories describing the origin of the magical mushroom tea, all of which take place in the Japanese, Korean, Eastern China region of the world. One of those tales depicts the fifth century sick Japanese emperor In-giyo who summons the Korean doctor Kombu to heal him. According to the legend, the Japanese emperor was treated with kombucha and recovered against all odds. 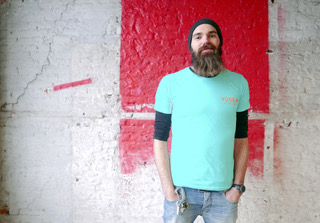